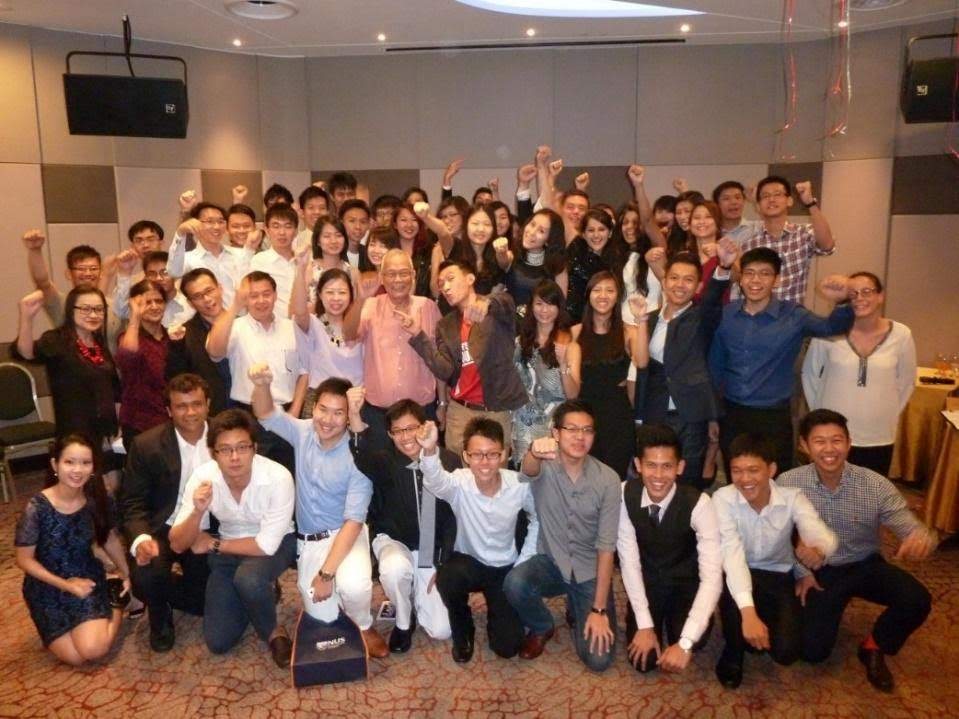 For the very first time, an NUS Economics Commencement Night was organized specially for the NUS class of 2014 graduates. It turned out to be a great night with lots of good food, fun and laughter! The theme was “Red Carpet”, and the graduates looked stunning in their evening wear. Some really dressed the part as they sauntered down the red carpet. A red carpet was laid for graduates to walk up to the photo booth for their commemorative pictures for the night!

The event started off with speeches from NUS Economics Alumni and OAR representatives. A group picture was taken to remember the joyful and entertaining night. Mr Richard Style, the emcee of the night, started the activities on a high note with ice breaker games which hyped up the crowd. The emcee really brought the house down throughout the night with his hilarious antics.

The buffet was extremely sumptuous. The graduates enthusiastically participated in many entertaining stage games, such as performances from the famous “Titanic” scene. The graduates were very sporting in participating in different games. Both the enjoyable atmosphere as well as the attractive prizes really gave them an incentive!

There was a photo booth especially set up for the graduates to take pictures. The graduates really enjoyed themselves as they posed with the different props to commemorate their graduation night. The highlight of the night was when the “Best Dressed Ladies and Men” were crowned after they had showed off their special talents. That got the crowd all excited.

In the end, everyone went home with something – new friends, prizes, fun, laugher, photos and a belly full of good food. It was truly a bittersweet ending for the graduates, as they finally took the bow and concluded their years as an undergraduate! A truly wonderful and entertaining night which ended on a super high note as the emcee hyped the crowd to cheer “Hip, Hip, Hooray” for NUS & the journey ahead.

This article was published in ECONews in December 2014